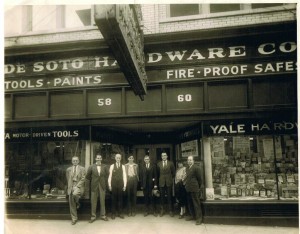 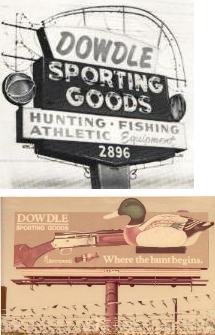 DowdleSports.com originated from an old family business that started in 1909 and was licensed as a hardware store in Memphis, TN.  The sporting goods business emerged from a dissolved partnership in the Desoto Hardware Company with Orgill Brothers in the 1940's and became Dowdle and Jetton Sporting Goods in 1947 owned by brothers-in-law Bill Dowdle and Charlie Jetton.  After several years, Dowdle purchased Jetton’s interest and the name was changed to Dowdle Sporting Goods, Inc.  In 1995, the name was shortened to Dowdle Sports, Inc and the company moved to the Cordova suburb of Memphis, TN at 981 N Germantown Pkwy at Macon Rd.

With the evolution of the Internet into an avenue of global commerce, DowdleSports.com emerged as an e-commerce venture in 1997.  A robust build-up of the online catalog migrated into a separate business which afforded the opportunity for us to bring an uncommon commitment with personalized service to our online customers.  DowdleSports.com continues to operate with a dedication to customer service and the ability to adapt to the ever changing fields of products, technology and competition.  As a full line independent dealer of outdoor and athletic sporting goods, we have always been able to compete with mass merchants on a local level with competitive pricing and superior service and today, we are often cheaper than our large online competitors.  In January 2013, DowdleSports.com opened a new team sales show room and again, began selling to local teams and customers offering substantial discounts and fast service for team uniforms and athletic equipment.  For local sales, you can reach us at 901-751-9988 or visit us at our new sales office in the back of the old Dowdle Sports retail store located at 981 N Germantown Pkwy in Cordova, TN.